Why am I mentioning two Fridas if there is only one? And yes, it’s the woman that pops into your head, the iconic Frida Kahlo that revolutionized the meaning of folklore Mexican art.

After a series of health tragedies, including polio at a young age and a drastic tram crash, led her to spend a lot of time in bed with only her thoughts and reality, Frida found solace in art. Her paintings allowed her to envision a future beyond her disabilities. Through self-portraits, she found a way to embody Mexican folklore in her art, and because of them, today she is considered an icon of feminism, sexual freedom, disabilities, and Mexican Culture.

Her most recognizable painting is “The Two Fridas”, which she painted in 1939 and is now exhibited in the Museum of Modern Art in Mexico City. 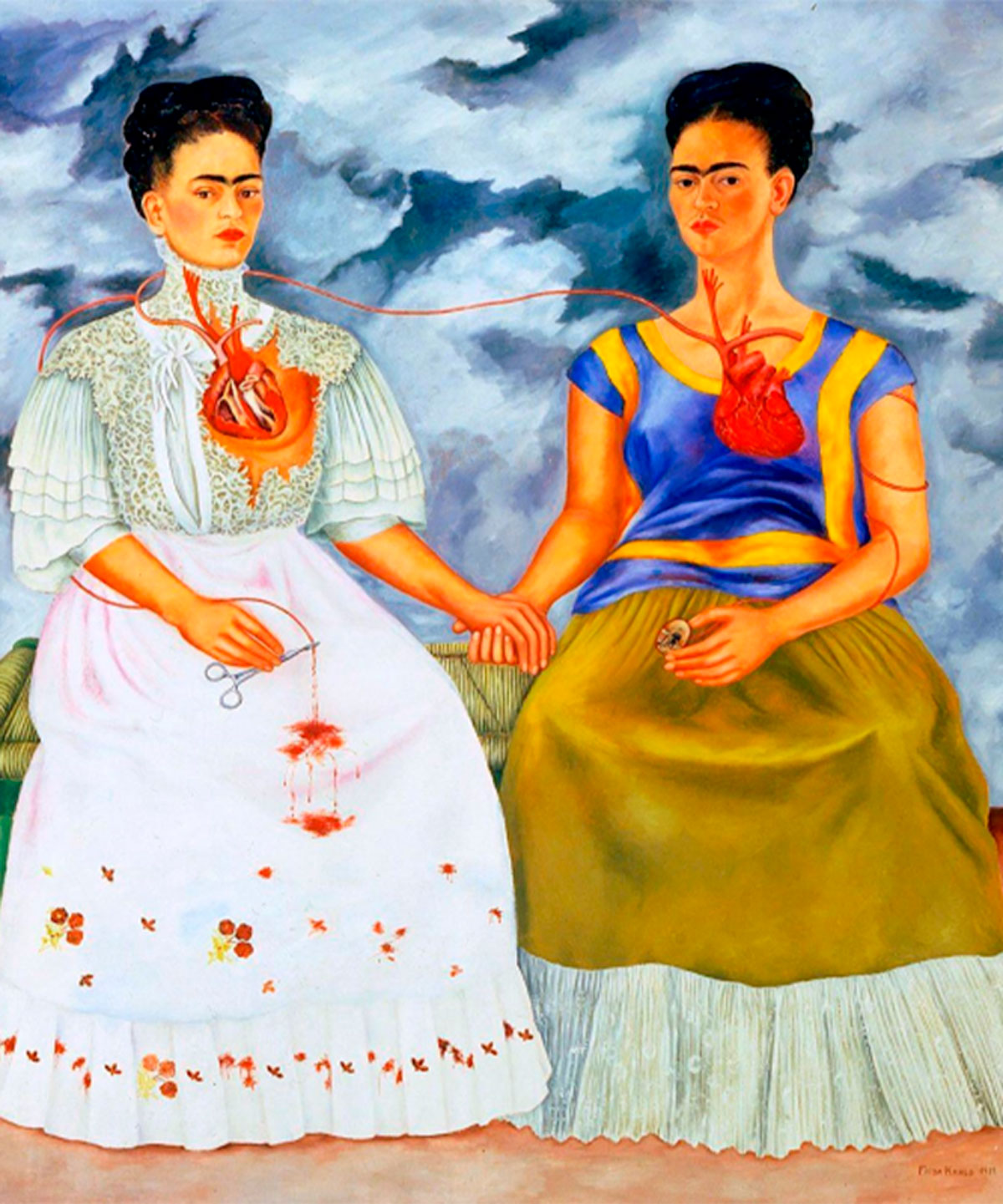 “Las dos Fridas” is a double self-portrait that differentiates the internal and external sensations of the appreciated Diego era and the new reality of being abandoned by him. Frida’s work always demonstrates the capacity of having two natures within oneself. In this painting, the duality is represented on the one hand by the European-style clad Frida with a purposefully bleeding and open heart,  and on the other, a traditional- Mexican dressed Frida holding Diego’s portrait.

Even though Frida is considered a surrealist painter, she claimed that unlike the painters of this tendency, she did not paint her dreams but rather her reality. Around the time of this painting, Frida broke up with Diego Rivera and decided to seek her own artistic future. During her time in New York, her charisma helped her meet international artists who would later look for her while she was traveling through Europe and taught her a new reality and different painting techniques. She even got an exhibition in Paris with the help of Marcel Duchamp, a famous painter that revolutionized art in Europe.

If you are interested in learning more about Frida Kahlo, her story and art pieces, book your next artistic vacation with us and you’ll be in hands of an expert with an Art History degree who will guide you through  “La Casa Azul” in Mexico City. During your stay, we can arrange different art tours to visit the most iconic masterpieces in Mexico City and learn the history behind them! Delight yourself with good music, food, and company, Mexico has it all!